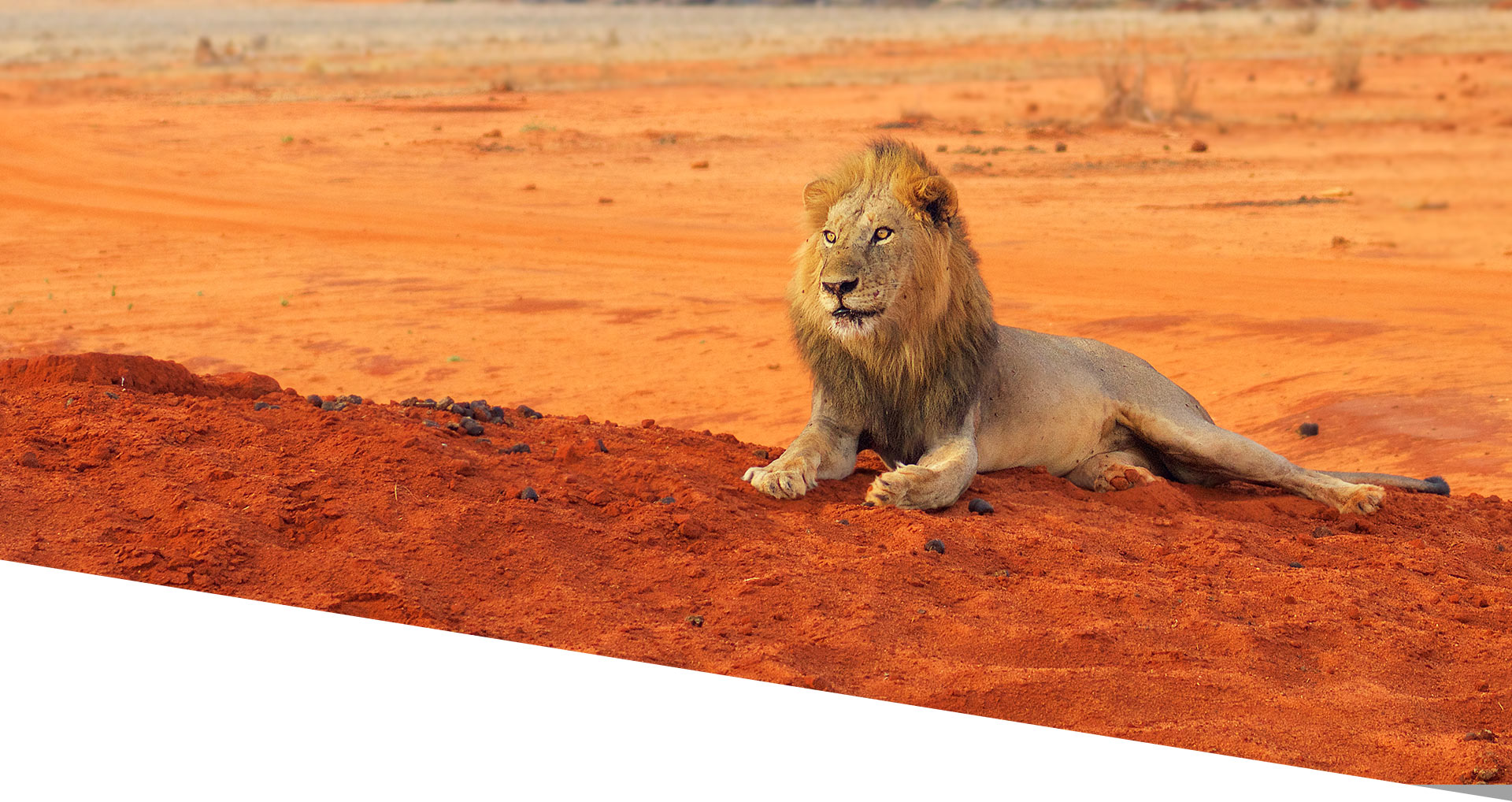 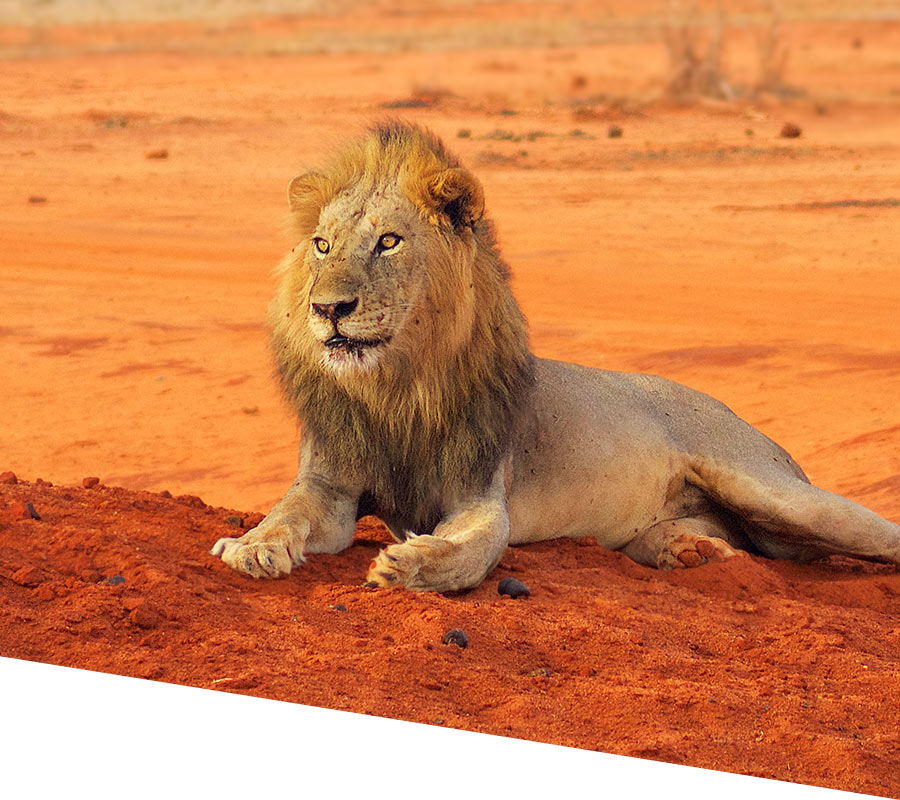 Drenched in history and home to the infamous man-eater lions of the late 19th century, Tsavo is one of Kenya's largest and most iconic parks. Tsavo is divided by the main Nairobi - Mombasa highway into two sections: East and West. Tsavo West is known for its beautiful landscapes which include dark rocky outcrops and extinct volcanic cones. Tsavo East is Kenya's largest national park at just under 14k square kilometers - the sheer size and semi-arid vegetation surrounded by the red dust often gives you "Mad Max" moments.

The sheer size of the parks gives you the freedom to spend more time in search of the unique species of the area including; gerenuks, lesser kudo and the critically endangered hi-rolla or hunter's hartebeest. Tsavo also has an abundance of birdlife and whilst game viewing isn't as easy as Amboseli and the Mara, you are rewarded with space and a real sense of being in the African bush.

Large herds of elephants caked in red sand can be seen throughout the park. Poaching was widespread across Tsavo during the 1980's but the the local communities and wildlife authorities have worked harmoniously to rebuild the park as a haven for elephants. Tsavo has become a pioneer for many human/wildlife conflict initiatives including the bee hive fences which protect community farmlands from the elephants. Tsavo East is also used as one of the relocation areas for elephants that have been raised through the David Sheldrick rehabilitation programme.

Game viewing is best during the dry season (July – Oct), with the few permanent water holes becoming a mecca for animals. Tsavo East is prone to longer drought periods so it’s always amazing to see this park post rainy season in all its green glory. The height of rainy season (April / May / November) is not recommended.